Story #29: On this spot in 2004, Rabbi Harry Sky brought Jews Without Borders to Congregation Etz Chaim.

Rabbi Harry Sky is someone you want to meet. He’s an activist, a rebel, and in the words of his mother “a rascal”. Rabbi Sky gave 50 years of service to Portland, Maine. He’s the kinda person you just want to sit with and talk about the meaning of life.

Rabbi Sky’s founding principles for this group included the idea that no one who wanted to worship should be excluded, regardless of affiliation or birth. Families who no longer felt comfortable in some of the traditional congregations found a home with Jews Without Borders. Although the group formally disbanded in 2009, many of the worshippers continue to attend services at Etz Chaim. Our mission (See Mission Statement) is nearly identical to the original ideals of Jews Without Borders. 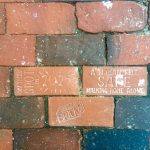 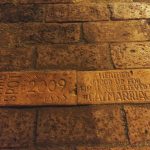